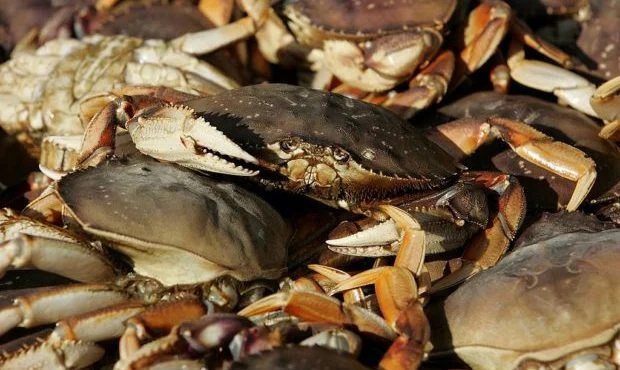 OLYMPIA – The Washington Department of Fish and Wildlife (WDFW) today announced Puget Sound summer crab-fishing seasons, which will get underway July 1 in many marine areas. “Crabbing seasons should be similar to recent years around most of Puget Sound," said Don Velasquez, WDFW crustacean biologist. "Still, some areas with continued low abundance will see limited seasons or remain closed this year to promote Dungeness population recovery.”

This summer’s crab seasons are scheduled to open as follows:

The following areas will remain closed this season to allow weak Dungeness crab populations to increase:

Summer seasons for the upcoming fishery are also posted on WDFW's crab-fishing  webpage.

Crab fishers may not set or pull shellfish gear from a vessel from one hour after official sunset to one hour before official sunrise. All traps must be out of the water on days when the fishery is closed.

“It is important that crabbers return their catch record cards at the end of the season in order to help us better understand and manage this fishery” said Velasquez. “Only about 50 percent of crabbers record their catch at the end of the season, and this information is critical for setting future seasons. We need those catch record cards returned or reported online-- whether or not you caught any crab -- to determine levels of sustainable catch and set harvest seasons,” said Velasquez.

Catch record cards are not required to fish for Dungeness crab in the Columbia River or on the Washington coast, where crabbing is open year-round. The Washington Department of Fish and Wildlife works to preserve, protect, and perpetuate fish, wildlife and ecosystems while providing sustainable fish, wildlife, and recreational and commercial opportunities.

Individuals who need to receive this information in an alternative format, language, or who need reasonable accommodations to participate in WDFW-sponsored public meetings or other activities may contact the Title VI/ADA Compliance Coordinator by phone at 360-902-2349, TTY (711), or email (Title6@dfw.wa.gov).

CDFW Offering Hunts of a Lifetime in California

CDFW Offering Hunts of a Lifetime