America’s great outdoors is showing its age. Congress is proposing a facelift. 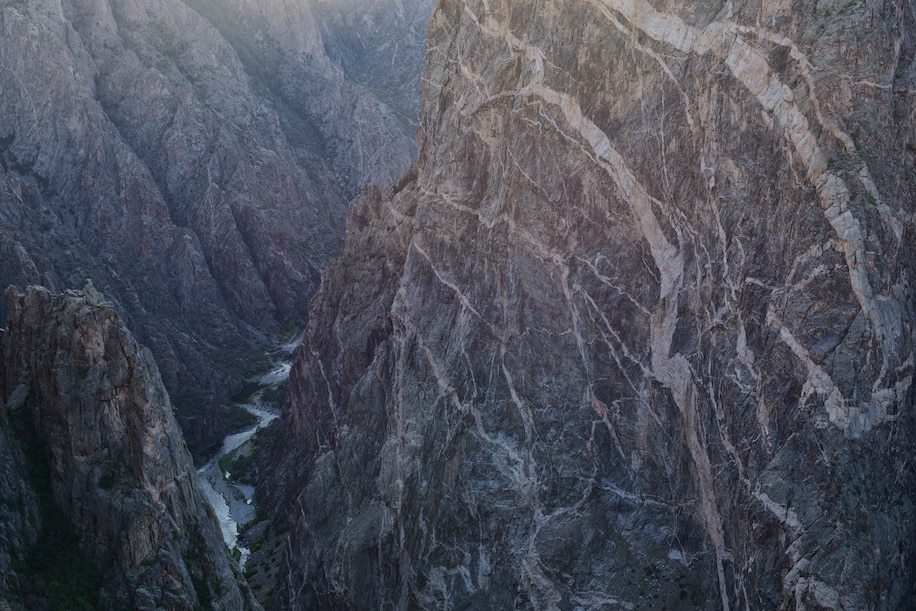 A bill that would provide billions of dollars to the National Park Service, Forest Service and Land and Water Conservation Fund has been called one of the most important environmental proposals in decades.

Every 30 seconds in America, bulldozers pave over a green area the size of a football field. In the nation’s century-old parks system, there’s not enough money to fix crumbling roads, hiking trails and even restrooms, let alone preserve millions of acres of land.

The House is expected to approve a plan next week to invest nearly $2 billion per year to restore national parks, conserve land to ward off the impacts of climate change, and put parks and playgrounds in urban areas that sorely need them.

The Great American Outdoors Act, passed overwhelmingly in the Senate by a 73-to-25 vote on June 17, has been called one of the most important environmental bills in history because it could nearly eliminate a $12 billion National Park Service maintenance backlog and fully fund the Land and Water Conservation Fund (LWCF) for the first time since it was enacted in the 1960s.

“This is decades in the making,” said Rep. Joe Cunningham (D-S.C.), the lead sponsor. About 200 lawmakers have joined a bipartisan effort to support it. “That goes to the importance of it. It would enact permanent funding that has eluded a lot of people. We’re glad to bring it to a close and bring it across the finish line,” he said.

The vote comes as temperatures in the United States and elsewhere have increased 2 degrees Celsius above preindustrial levels — the point at which experts warn of dangerous and irreversible damage to the planet. A recent United Nations report warned that 1 million plants and animals are threatened with extinction because of human activities.

“Congress coming together to pass this act would address two fundamental crises the world faces at once — catastrophic climate change and the loss of biodiversity,” said Sharon Buccino, senior director of the lands division at the Natural Resources Defense Council. “It’s really about delivering natural climate solutions. … We have to look at how we’re managing land. What the LWCF piece of the act does is address the problem of losing too much of nature to pavement and pollution.”

President Trump, who earlier in the year proposed nearly eliminating funding from the Land and Water Conservation Fund, has already vowed to sign it.

Eager to bring a legislative win back home to help their troubled reelection campaigns, Republican Sens. Cory Gardner (Colo.) and Steve Daines (Mont.) met with Trump in early March at the White House in the Roosevelt Room — named for the party’s original conservationist.

They showed Trump pictures of river-carved landscapes protected by the Land and Water Conservation Fund, such as Black Canyon of the Gunnison National Park in Colorado, and told him he could be remembered like Roosevelt.

Pointing to a picture of Roosevelt on the wall, they said: “This could be the biggest accomplishment [on conservation] going back to Teddy Roosevelt,” Gardner later told reporters.

After the Senate passed the bill, Trump tweeted: “When I sign it into law, it will be HISTORIC for our beautiful public lands. ALL thanks to @SenCoryGardner and @SteveDaines, two GREAT Conservative Leaders!” 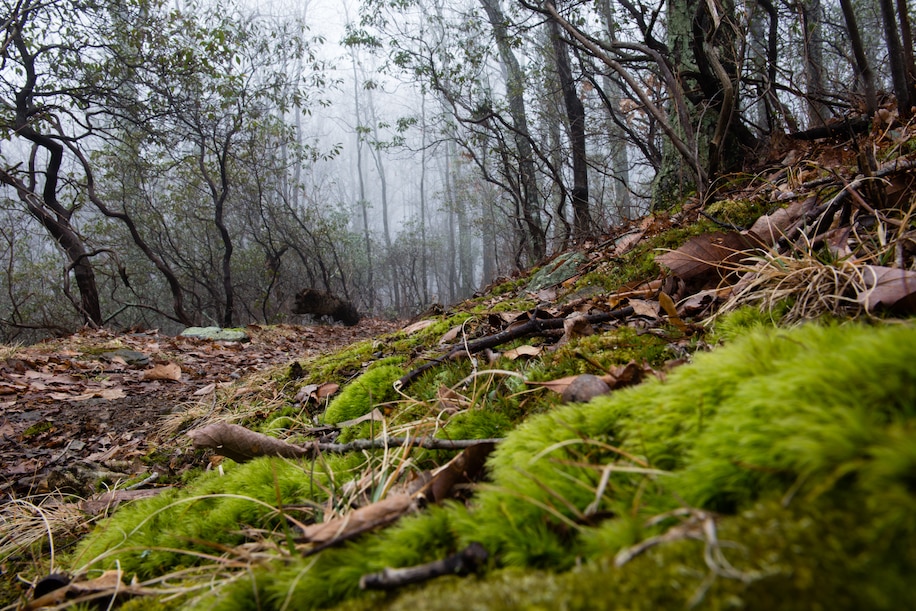 Trails in Shenandoah National Park were built 100 years ago and are in need of repair. (Sarah L. Voisin/The Washington Post)

In the House, the bill has support from about 170 Democrats and 30 Republicans.

“We have so much bipartisan support — the Senate, the White House and now the House,” Cunningham said. “You don’t have to go far in your district to find a public space that has been created by the Land and Water Conservation Fund. Outdoor recreation, hunting and fishing. Everyone in South Carolina has benefited from this project.”

That last part is debatable, said Joel Pannell, associate director of the Outdoors for All campaign at the Sierra Club. About 100 million Americans can’t find a playground or green space in a 10-minute walk from home, Pannell said.

“It’s an environmental justice issue, a civil rights and human rights issue,” Pannell said, stressing that most of those people are African American and Latino. It makes the coronavirus pandemic more stressful, he said. “They are being hit hardest because they don’t have the mental relief to go to parks,” Pannell said. “They return to neighborhoods that don’t have that same access.”

The Great American Outdoors Act should change that, Pannell said. “Now that we have this increase in funding, we should be addressing how we can protect areas from development and invest in green areas where it’s needed most,” he said. The legislation is actually two huge bills that were pulled together earlier in the year, one to fund land and water conservation and the other to help fix the national parks system.

It has already achieved something of a miracle, bringing together mortal enemies — the oil and gas industry and conservation groups. Royalties from oil and gas drilling — as well as mining — on public lands will help offset the national park maintenance backlog and forest preservation with about $1 billion per year until 2030. 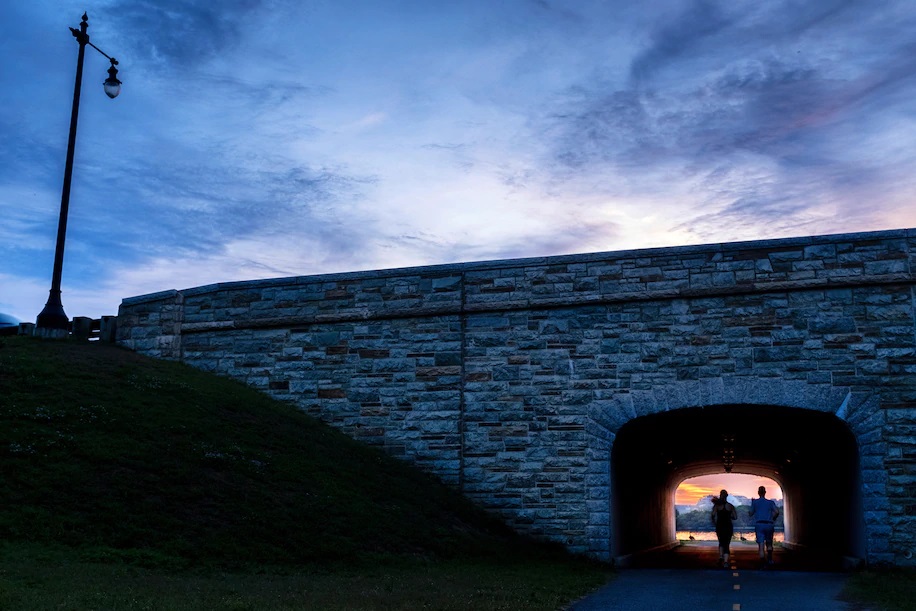 Projects such as repairing the tattered George Washington Memorial Parkway in the Washington area and the Blue Ridge Parkway in Virginia can move forward. A pipeline that leaks like a sieve as it delivers water from the north to the south end of Grand Canyon National Park can be fixed. A sinking sea wall that protects the Jefferson Memorial from flooding can be addressed.

Last May, a sinkhole opened in the George Washington Parkway because of an aging storm-water system, said Marcia Argust, project director for Restore America’s Parks at Pew Charitable Trusts: “There are so many parts of the parkway that needs maintenance.” So does Shenandoah National Park, where trails built 100 years ago are falling apart. The government’s cut of oil and gas revenue will provide $900 million over 10 years to the Land and Water Conservation Fund. Those funds would support projects to restore coastal areas ravaged by impacts from climate change and sea-level rise. Coastal marshes that protect cities from storm-water surge and flooding would be fortified, and forest areas that soak up carbon dioxide would be preserved.

The Forest Service has used land and water conservation funds to filter, clean and store fresh water. It’s been used to protect the 15,000-acre Sterling Forest in New York with $17.5 million “to ensure clean drinking water for over 2 million residents of northern New Jersey,” according to the organization that administers the fund. 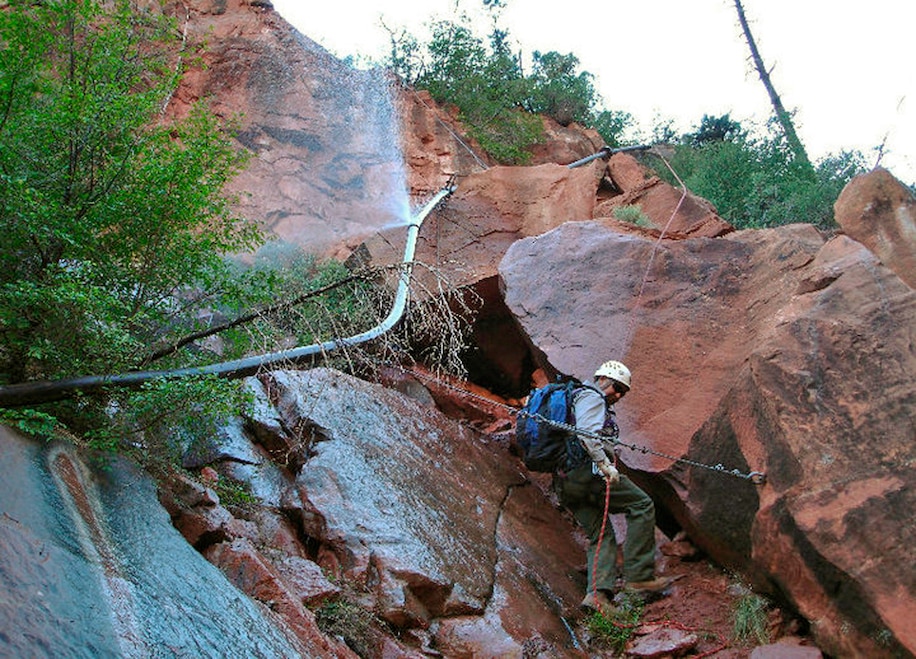 Water sprays from a break in an exposed section of the Grand Canyon trans-canyon waterline as a worker attempts repairs. (National Park Service/AP)

During the Senate debate, the bill had detractors, including Sen. Mike Lee (R-Utah), who noted that the federal government owns nearly two out of every three acres in his state and that new funding would allow it to buy even more “in perpetuity, without accountability, without oversight or any measures to make sure it can actually care for the land that it owns.”

Other lawmakers, particularly in the coastal Gulf of Mexico region, argued that money for land conservation was more important than parks. Sen. Bill Cassidy (R-La.) wanted more money to go toward coastal restoration in the populated, hurricane-battered region made more vulnerable by climate change.

“We’re spending billions on places where we go to vacation, but the authors of the bill will not allow millions to be spent to protect where we live,” Cassidy said in a Senate floor speech. “That is foolish public policy.”

(Written by  Darryl Fears and Dino Grandoni in the Washington Post.)