Young skiers are as educated on the rules of the slopes as they used to be, Dave Irons writes. 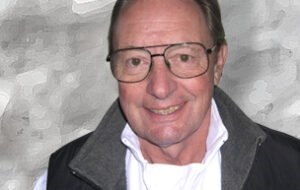 We’re already in the middle of ski safety month, but it’s a topic that is always appropriate for discussion.

The Skier Responsibility Code is posted at every ski area and can be found on many trail maps. A number of trail maps also include the ski patrol’s phone number. If you are a season pass holder or ski at the same area often, why not put it in your cell phone? The number for Sunday River is 207-824-5350. Check it out at your area.

Interestingly, January is also “Learn to Ski and Snowboard Month,” and one of the best ways to be safe on the slopes is to take a lesson. That may sound like an oversimplification, but it brings about a couple of subjects.

Last season, one of the topics that got the most response on seniorsskiers.com was a piece about a senior skier who had been hit and badly injured. This prompted all kinds of comments from other skiers who had been hit as to why aren’t ski areas doing something about it. Naturally, there were a lot of comments regarding the responsibility of the ski patrol.

As to the role of ski areas, they do what they can. If new skiers come to the sport through lessons, they are instructed in the responsibility code and safety. Unfortunately, many enter the sport without benefit of lessons. This is especially true of snowboarders. When we started, parents and older skiers let us know the rules of the sport. In fact, in those ancient days any child acting out anywhere could expect any nearby adult to speak up, and in a town the size of South Paris, Maine, we knew that if we didn’t straighten out word would get back to our parents and we would hear about it. My parents didn’t ski but I knew they would learn of my misbehavior. 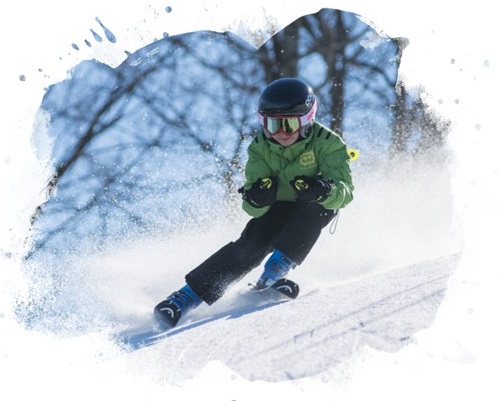 This isn’t true today. Few adults take it upon themselves to correct someone else’s child. And when snowboarding first hit the slopes there were no parents who had been snowboarders. These kids were on their own.

There’s another piece to this equation. Young males. It doesn’t make any difference whether they come in as snowboarders or skiers, young males are not prone to taking lessons. They are prone to risk-taking. Admit it. When we came into the sport, as soon as we could stay upright the length of the slope, we built a jump in the middle of the hill. Of course, that hill behind the house didn’t have any other skiers to hit.

When I finally got to ride a lift, a rope tow in Bethel, I could ski well enough to avoid other skiers. With all the confidence of a 12-year-old, I grabbed that rope and after about three cartwheels sheepishly got back in line. There, a kindly gentleman advised me to let the rope slide through my hand and push off before tightly grabbing the rope. After that I was convinced. Having that rope haul me up the hill really beat climbing. Our scout troop (130) from South Paris won that ski meet against a Bethel troop that day. Perhaps that’s why weren’t invited back.

That’s a bit off the point, but in our society, it is young males who are the greatest risk-takers. One of the best things to address this problem is the terrain park. Years ago, young skiers trying to get air under their skis were hauled over by the ski patrol and advised to keep them on the snow. The kids get that urge for air out of their systems and the rest of the trails are safer.

This brings us to another important point: the overall safety of our sport. While I don’t have exact numbers I know that years ago we could count on 6-7 injuries per 1,000 skier visits. Today, that number is two or less. I believe the reason for the decline is a combination of today’s equipment and grooming. Certainly, lifts are safer than ever. Nearly all incidents involving lifts occur either loading or unloading. With modern lifts that come to an almost complete stop for getting on and off, these incidents have been almost eliminated. If we pay attention we don’t have to be concerned about lifts.

Simply put, if we ski within our ability, on trails suited to that ability and apply the rules of common sense, we can be quite safe. The knee brace I wear is not because of something that happened on the slopes. It was a high school kickoff return and it is proof that a blown ACL doesn’t have to keep you off the slopes.

I don’t know how many years I have been skiing or how many days on the mountain that has totaled. I do know that I now stick to groomed runs, except on powder days, and I don’t ski as fast as I used to. I moderate my speed according to where I am on a trail.

For example, if I am on a narrow run or skiing close to the edge of a trail, I reduce my speed. I give lift towers a wide margin, and unlike those young males, my skis stay in contact with the snow. And most of my skiing is midweek. I realize that not everyone has that luxury, but I pick and choose my days, bright sunshine for good light and get out in the morning when conditions are at their best. I expect many more years of skiing.

See you on the slopes.

Dave Irons is a freelance writer and columnist who hails from Westbrook. He has been contributing to the Sun Journal for many years and is among the most respected ski writers in the Northeast. He also is a member of the Maine Ski Hall of Fame. Write to him at DaveiSkiGolf@aol.com.